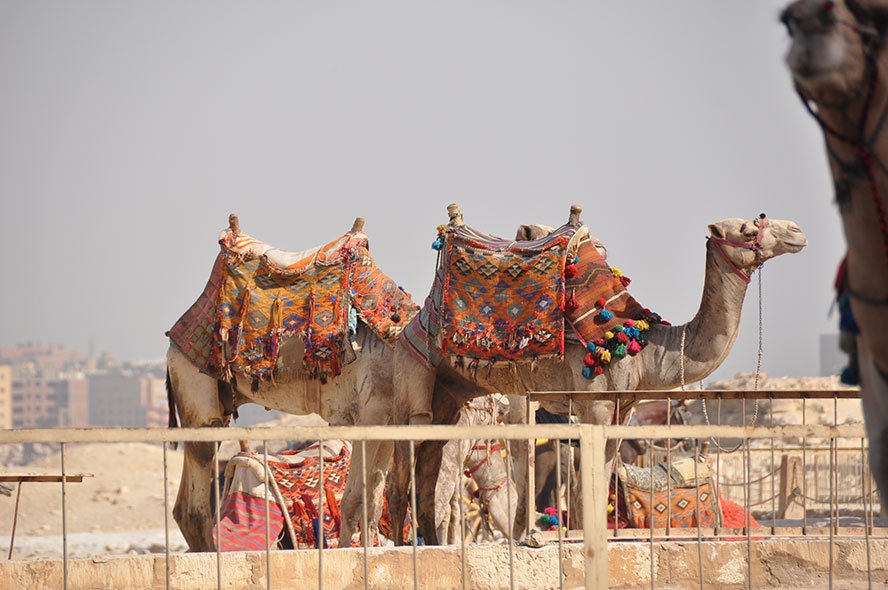 Because Cairo is about to burst; illegal settlements and slums have always been part of the city.

Even mausoleums in cemeteries are used as housing. The city of the dead, which is just right below the Mokattam Mountains, is home to around 300,000 people and part of the Islamic old town of Cairo. It has been a UNESCO World Heritage Site since 1979 as well as the Coptic Quarter since the 1990s.

The Babylon military fortress, used in Roman and Byzantine times, is the center of Old Cairo. Because of its location directly on the Nile, it was of great strategic importance.

A legion was already stationed there after the Roman seizure of power, and towers and walls have been preserved till today.

Old Cairo has an important Jewish and Christian tradition. A Jewish community is said to have existed in the area of today’s Ben Esra Synagogue since many centuries.

According to a legend, Moses was found here as an infant during the reign of Merenptah and is said to have prayed here one last time before leaving Egypt. It is also reported that the prophet Jeremiah and his followers discovered the traces of Moses here and then built a synagogue in the name of Jeremiah.

The Coptic Museum of Old Cairo houses a large collection of Coptic works of art and is dedicated exclusively to Egyptian Orthodox Christianity.

It is located on the site of the Babylon Fortress near the Hanging Church. In 2006 the museum was reopened after a restoration and reorganization by Hosni Mubarak.

Church buildings have existed in this district since the fourth or fifth century. The Hanging Church is one of the oldest Christian churches in Egypt.

The church got its name because its nave is located above the southern gatehouse of the Babylon fortress. Patriarchs were chosen and enthroned in the church for centuries, and it also was as a residence and burial site.

The age of the church can be determined relatively precisely by an entry into a wooden lintel: a depiction of the entrance of Christ dates the church to the fifth or sixth century.

Next to the Hanging Church is the Greek Orthodox Church of St. George, which also serves as the burial ground for Greek patriarchs.

Theodosius probably mentioned the church for the first time in the 6th century, it was definitely mentioned in the chronicle of Eutychius in the 10th century.

The church of St. Barbara was dedicated to the daughter of the Roman governor Markaian, who had her murdered after her conversion to Christianity. The church was built at the end of the 7th century and was originally dedicated to St. Cyrus and St. John.

which is also located in the old town, is known as a Jewish church, primarily because of its spectacular Genisafound, which is dated to the year 800.

It is the oldest synagogue in Egypt and was extensively restored in the 1980s. The original church was converted into a synagogue under Ben Esra.

The mosque of Amr ibn el-As is the oldest mosque in Africa north of the fortress.

However, their current appearance no longer corresponds to their actual appearance; the mosque was demolished and rebuilt in the 18th century,