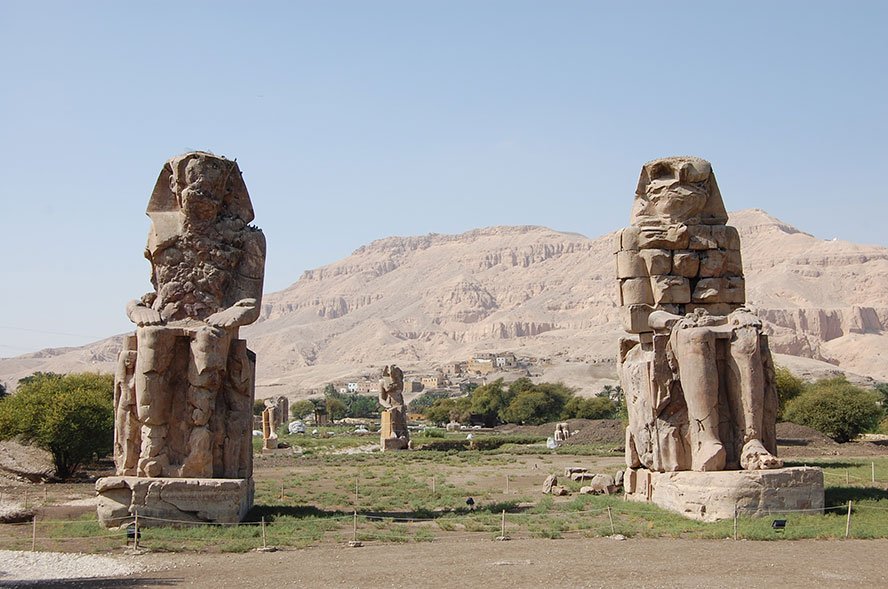 Memphis Egypt former capital of Egypt during the Old Kingdom

Memphis Egypt, Slightly south of Cairo is Memphis, the former capital of Egypt during the Old Kingdom.

The city’s historical past is as significant as it is final: Memphis once held a strategically important position in the Nile Delta, but with the rise of Alexandria, Memphis became less important and was finally forgotten.

The city was apparently founded by Menes, an ancient Egyptian pharaoh who ruled 3000 BC and became famous as the founder of the 1st dynasty.

Menes built a dam, which was to protect the later built city, and a lake fed by Nile water with a Ptah temple. The dam is known today as Sadd al Kaffara.

Since Menes empire unification, Memphis has played an important role in religion, art and science in the country. During ancient Egypt, Memphis was considered a religious center.

The priests there established their own cult, which focused on the worshipping of a living bull that was considered sacred. They also developed their own theory of the history of creation.

There were also various gods and patron gods that served very different purposes, some of them were even imported from abroad.

The tombs in Memphis most likely belonged to prominent figures of the time. The city’s rise also began with the burial of the last three kings of the second dynasty. Until the end of the sixth dynasty, Memphis was considered the residence and administrative city of ancient Egypt.

The foundation was made for a first, organized administration with a central government from which all important decisions regarding the whole country were made.

who ruled from Thebes during the Middle Kingdom, brought artists from Memphis and thus ensured that Theban art received an enormous revival.

While Thebes rose as the new imperial capital in the New Kingdom, Memphis also began to regain its importance, particularly in the military field.

While the numerous Ramses kings were in power, the army’s command center remained in Memphis. In the aftermath and under the later Roman rule, Memphis remained a dynamic trading city – despite multiple conquests by foreign rulers.

During the succeeding Arab rule, Amr Ibn al As founded the city of Fustat north of Memphis, which would later become the center of Cairo.

Memphis was used as a material source to build the city’s buildings. All the temples and palaces existing there were thus destroyed over time, and the material was used for buildings and mosques in Cairo.