HomenewsLuxor attractionsLuxor temple Egypt directly on the banks of the Nile 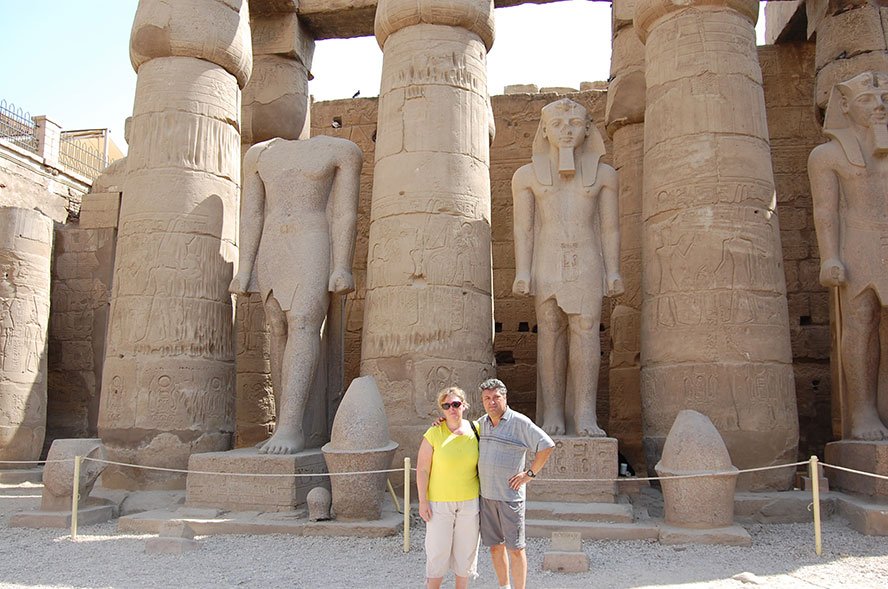 Luxor temple Egypt directly on the banks of the Nile

In the middle of the city, directly on the banks of the Nile, is the Luxor Temple located. It was built during the New Kingdom for the god Amun, his wife Mut and their son Chons.

The temple consists of many different elements. The Sphingen alley, which originally connected the Luxor temple with the Karnak temple from the forecourt of Nektanebos, leads in a northeasterly direction and was only uncovered in the early 2000s.

Once surrounded by a surrounding wall, it is now barely existent. A pylon borders the courtyard in the southwest. In ancient times there were two seated figures in front of it, standing statues and two obelisks. Three statues and an obelisk are missing today.

That one obelisk sits today on the Place de la Concorde in Paris and was a gift from Sultan Muhammad Ali to the King of France.

The pylon that borders the courtyard consists of two massive walls on each side of the entrance. The outer walls of the towers are decorated with portraits of the Ramses.

This pylon leads to the courtyard of Ramses II, its walls are decorated with scenes of sacrifice and the sons of Ramses II. The rooms of the so-called three-nave chapel of Queen Hatshepsut are intended for the gods Amun, Mut and Chons.

A colonnade of columns follows the courtyard. The entrance to it is lined with a pharaoh statue and a seating group, which embodies Amun and Mut.

They are assigned to the 18th Dynasty, although they carry the name of Ramses II. The courtyard of Amenophis III is located after the colonnade of columns. Statues of pharaohs, gods and sphinxes found here several meters below, are exhibited in the Luxor Museum.

Similar pillars as in the previous courtyard can be found in the southern pillared hall.

To the right and left of the courtyard are two small chapels dedicated to the goddess Mut and the god Chons. Amenophis III. is seen on the reliefs before the gods of Thebes. They also show his coronation.

A door in the middle leads into an apse, which was converted into a tetrarch sanctuary during the Roman empire.

The apse is framed by two Corinthian columns, which is followed by another smaller portico. In the sanctuary behind, the barque of Amun was placed. The other rooms can be reached through the room to the east.

In the birth room, the story of Amenophis III. from the conception of Queen Mutemwia by Amun till birth is shown. The other side of the wall shows his accession to the throne.

In the evening, visiting the Luxor Temple with its wonderful lighting is an almost surreal experience, the impressive past then appears even greater. The beautifully lit boats and feluccas on the banks of the Nile illuminate the Egyptian night and immerse the Nile in a sea of dancing reflections,