HomenewsLuxor attractionsLuxor Egypt temples in Karnak & the Valley of the Kings 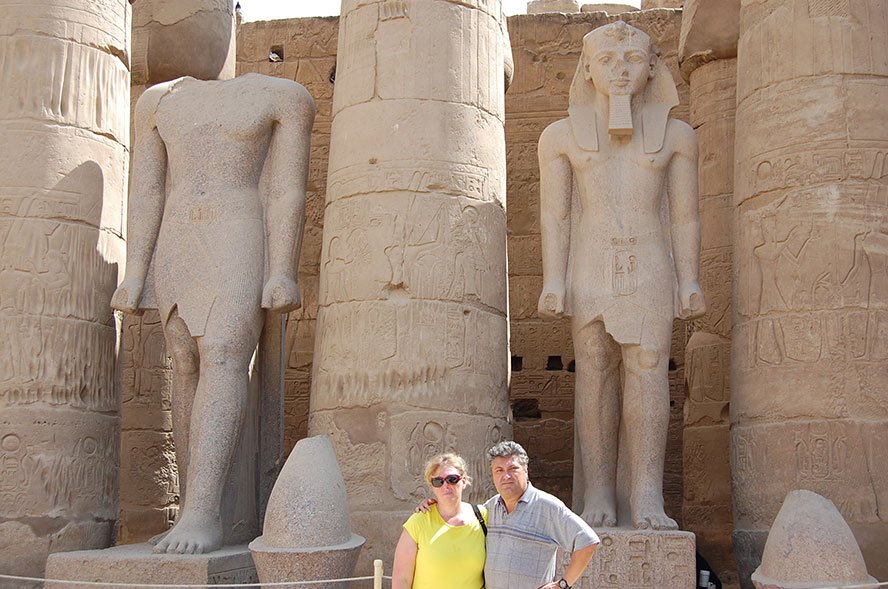 Luxor Egypt temples in Karnak & the Valley of the Kings

Luxor Egypt – the city of palaces. The name “Luxor” with its meaning probably relates to the Arabic words Al-Qusur (the castles) or Al-Qasr (the barracks). It is one of the most impressive open air museum in the world.

Luxor is located east of the Nile and represents the largest city in Upper Egypt with almost 500,000 inhabitants.

Since 2009, Luxor has also been the capital of the back then newly founded Al Uqsur Governorate.

Due to the large and important archaeological sites in Egypt, Luxor is the center of the region.

The city’s main economical power comes from tourism. In addition to the sightseeing places, many other businesses have therefore emerged, such as trips to Banana Island or the alabaster factories.

Famous places are such as the temples in Karnak and Luxor, the Valley of the Kings and the ruins in Thebes.

In Pharaonic times, Luxor was part of the fourth Upper Egyptian administrative center, a so-called Gau. This Gau was first mentioned on a statue related to King Mykerinos.

Towards the end of the Old Kingdom, this Gau increasingly shifted to the north. At that time Luxor was part of Thebes with Karnak and the cemeteries on the west bank.

The lords of the 11th and the kings of the 12th dynasty were able to expand their power and influence both north and south. Thebes represented an important religious center at that time.

According to various archaeological finds, construction activities could be assigned to the 13th dynasty under King Sobekhotep. Parts of his buildings were used to build the Luxor temple.

In the meantime, with the immigrants from Syria and Palestine, the Hyksos, new rulers came to Thebes, who could be evicted again during the 17th dynasty.

Amenophis I. was the first pharaoh to rule over a reunited country, establishing the New Kingdom. He made Egypt a flourishing country again.

The capital of the newly unified empire was moved to Thebes, while Thebes developed into a religious center. Today’s Luxor Temple is believed to have taken the place of earlier sanctuaries located here.

During the Third Intermediate Period, the imperial capitals were again located in the north, since Thebes was devastated by Assurbanipal, king of the Assyrian Empire, and became increasingly less important.

Roman times brought Christianity to Luxor. In the course of this, churches were built, the first diocese can be dated to 325 AD. Christian communities developed in both Luxor and Armant in the following centuries.

The most important Islamic Saint in Luxor is Abu el Haggag, whose son had a tomb mosque built for him and his father over the Luxor temple.

In the 17th century Luxor became famous in Europe for the first time. Capuchin monks described the Luxor temple and Christian housings, whereupon the Catholic Church built a Franciscan monastery in Luxor, which was followed by the settlements of other Christian religious communities.

expeditions to Luxor were initiated and at the end of the 19th century the Luxor temple was starting to be uncovered by scientists and explorers.

As a result, Luxor turned more and more into a tourist destination, which was traveled by paddle steamers traveling the nile as well as trains. At the end of the 1950s, the Luxor Temple was accessible for the first time; at the beginning of the 2000s, the Sphingen alley was also mostly uncovered.

Today Luxor is a fully developed touristically. The Nile is still considered an important transportation route that takes tourists on their cruises between ancient Abydos in the north and Aswan in the south to the numerous sights on the right and left of the Nile,