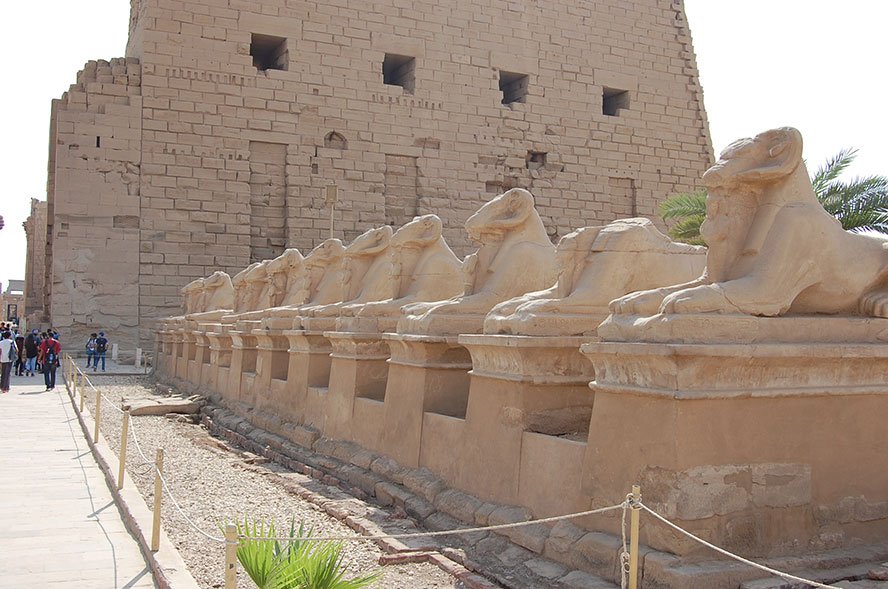 Luxor Egypt Tours – the city of palaces. It is probably the most impressive open air museum in the world. Its name most likely goes back to its role as a temple district in ancient Egypt.

The magic of history is tangible, Luxor’s wealth of historical treasures is one of a kind. The Nile divides the city into east and west, which symbolized life and death in ancient Egypt.

While the modern city developed on the east bank, the west bank is known for its necropolises and magnificent temples.

This magic is so present in the Karnak Temple that the sudden appearance of an Amun priest behind one of the huge pillars would surely not be a surprise. The Karnak Temple is the largest temple complex and has been repeatedly rebuilt and expanded.

Since 1979, the temple, together with the Luxor temple and the Theban necropolis, has been part of the UNESCO World Heritage.

In the middle of the city, directly on the banks of the Nile, is the Luxor Temple. Visiting this temple in the evening with its wonderful lighting is an almost surreal experience, hence its impressive past appears even more manifest.

The beautifully lit boats and feluccas on the banks of the Nile illuminate the Egyptian night and immerse the Nile in a sea of dancing reflections.

The Luxor Museum, located between the Luxor and Karnak temples, houses finds from the royal metropolis Thebes and the surrounding area. With its beautiful statues, it is worth a visit.

The Valley of the Kings on the west bank of the Nile is a magnet for tourists from all over the world.

The renowned necropolis is located near the ancient Egyptian Thebes, in which 64 tombs and pits have been uncovered, including Tutankhamun’s tomb.

Howard Carter discovered the almost complete tomb in 1922 after intensively searching. The famous golden death mask of the pharaoh is exhibited in the Egyptian Museum in Cairo.

One of the highlights of Luxor is the tomb of Nefertari, located in the Valley of the Queens.

Its impressive wall paintings and complete decoration of the tomb show Nefertari’s position as the favourite wife of Pharaoh Ramses II. The magnificent tomb of Pharaoh Hatshepsut is also found on the west bank of the Nile in Thebes.

With the impressive temple carved into the rock like a terrace, it is a witness of great architecture and the best-preserved monument in the Deir al-Bahari necropolis.

Standing on its stairs, it gives visitors a glimpse of the green Nile valley – a tremendous view. Talking about superlatives, the Colossi of Memnon, the stone giants that stand at the entrance to the sights of the West Bank, appear.

In ancient times, the Colossi of Memnon were considered a wonder of the world. The 15-meter and 18-meter statues embody Amenophis III and are the remains of his temple.

Not far away, the Nile winds through its valley and invites you to take a boat trip on one of the countless feluccas – a welcome change of perspective that directs the view to the beautiful nature in the desert landscape,