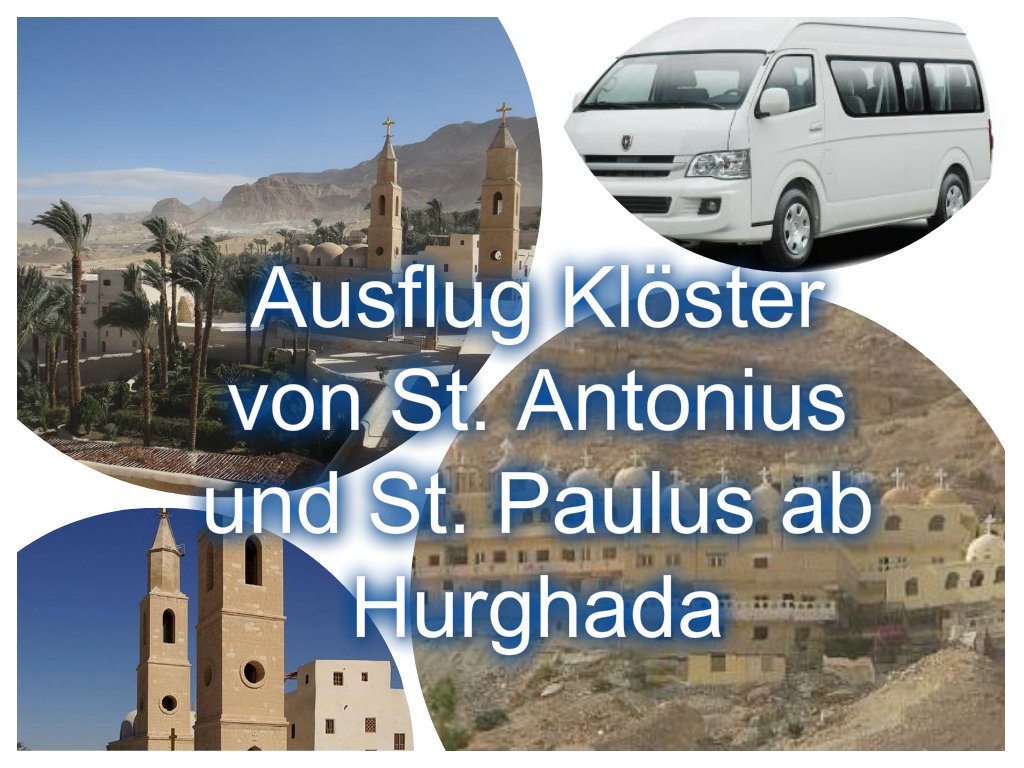 Coptic monasteries of St. Anthony and St. Paul on the Red Sea close to Hurghada.

Immerse yourself in a piece of Egyptian history, where you can discover the country’s christian roots through visiting the oldest monasteries of St. Anton and St. Paul – very close to Hurghada on the Red Sea

Our representative will pick you up at your hotel in Hurghada and bring you to Zafaarana in an air-conditioned vehicle.

From there you start your sightseeing tour to the St. Anton Monastery – the oldest monastery in Egypt, famous for its high walls. It is on the way to Al-Qalzam Mountain.

Then continue to the St. Paul Monastery (which is often referred to as the “Tiger Monastery” due to its location in the middle of the wilderness). At the end of the excursion we will drive you back to your hotel.

The monasteries of St. Anton and St. Paul are among the oldest christian and date from the 4th century AD. At this time, monks began to settle in caves at the foot of Galala Al-Qibliya Mountain on the Red Sea.

St. Anthony’s Monastery is located on Zafaraana Road in the direction of the city of Beni Suef on the Nile, around 70 km south of Ain Sukhna, which is now also known as a famous holiday destination among Egyptians.

The huge complex of the monastery houses churches, chapels, a beautiful garden, a bakery and a fountain that celebrates the father of monasticism, Saint Anthony.

After a short drive through the rocky area, you will reach the St. Paul Monastery, which was also built in the 4th century AD by hermits who wanted to distance themselves from the material world. This monastery was built within around 80 years.

The monasteries of St. Anton and St. Paul are considered as being the holiest places of the Coptic Church in Egypt and are definitely worth a visit.

They are an example for the religious coexistence of two world religions in Egypt like no other monument in this country.

Although the face of the area has changed drastically since then, these two monasteries are still great witnesses to history.

Last but not least, the great view makes the excursion to the monasteries of St. Anton and St. Paul from Hurghada on the Red Sea an unforgettable excursion.

What is not included