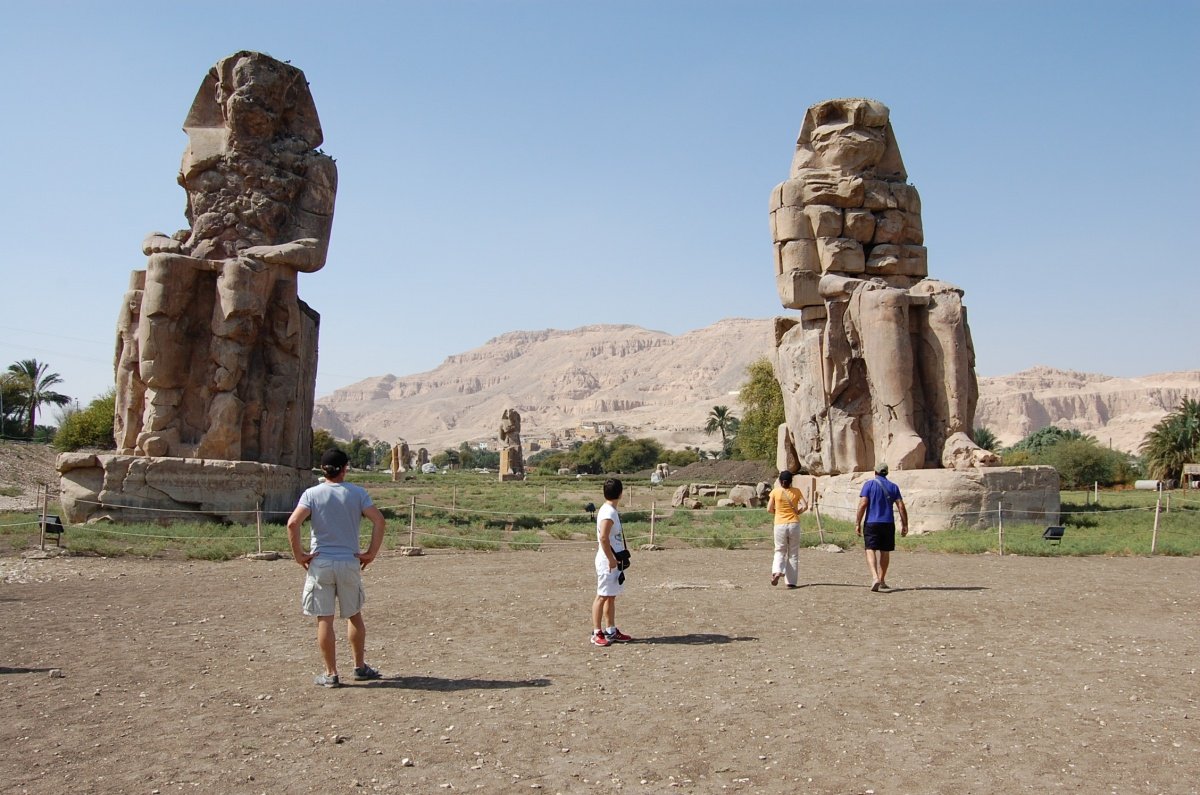 Discover the legendary places of Upper Egypt with Edfu, Aswan and Abu Simbel in a two-day excursion and immerse yourself in the great ancient history with Cleopatra and co.

Edfu, Aswan and Abu Simbel – three locations in Egypt with a great history. Edfu, which is in the south of Luxor right at the Nile, is known for its Ptolemaic Temple, which was built partly during the reign of Cleopatra.

The temple of Horus is the best preserved temple in Egypt. Another famous attraction is the ancient settlement in Edfu called Tell Edfu.

Aswan, a bit further in the south, is most famous for its huge Assuan dam which borders Lake Nasser in the north. One to the most southern parts of Egypt is Abu Simbel.

The little town with less than 3.000 inhabitants is home to the impressive rock temples of Ramses II.

On the first day of your trip, we pick you up by a comfortable air-conditioned bus from your hotel in Hurghada.

The drive leads you at first to Edfu with its Temple of Edfu, the Horus Temple. It is located on the west bank of the Nile and the best preserved temple in Egypt.

You will also be able to see amazing ancient wall-paintings before you head over to the Philae temple, who was one of the greatest rulers of ancient Egypt.

The temple is located on the Agilkia Island in the Nile. You can visit the temple by entering one of the felucas and cross the river.

Afterwards we take you to your hotel in Assuan, where you can either have some rest or take part in additional trips.

The second day brings you to the famous Twin Temples of Abu Simbel, which have been originally carved out of the mountain side and served King Ramses II and his Queen Nefertari.

Afterwards your trip leads you back to Aswan, where you visit the impressing dam after having lunch in a local restaurant.

In the late afternoon the bus takes you back after your trip to Edfu, Aswan and Abu Simbel to your hotel in Hurghada.

What is included Hurghada to Luxor Tour:

What is not included:

Show reviews in all languages (4)

Hurghada Reisen (Ausflüge in Hurghada/Ägypten)
5.0
Based on 70 reviews