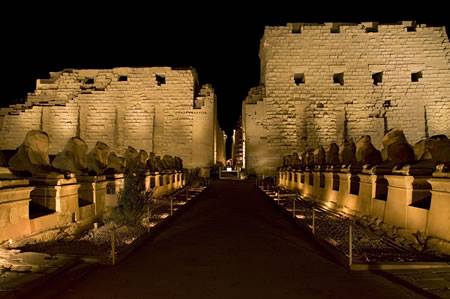 Overnight Trip to Luxor by bus from Hurghada with overnight stay

Luxor, the city of palaces – get to know the impressive capital of ancient Egypt on a two-day excursion and take enough time to get to know the Karnak Temple, the Valley of the Kings, Hatshepsut Temple and much more.

Would you like to spend more time in Luxor and see all the sights without stress and hectic? With the 2-day trip to the city on the Nile you will have a more relaxed tour, since only a few cities have such a huge repertoire of great monumental witnesses as Luxor.

In the northeast of the city is the well-known Karnak temple located, which was probably one of the most important temples of ancient Egypt and whose impressive columns, obelisks and statues of the temple amaze the visitor.

A little further south you will find the Luxor Museum, which exhibits recent finds from the region.

It is followed by the Luxor Temple, which was built by Amenophis III and Ramses and dedicated to Amun Ra, the king of the gods. Since the Nile divides the city into two parts, the temple of the famous Queen Hatshepsut lies on the other side of the river.

It stems from the 18th Dynasty and is considered the best preserved temple in Thebes. Not far from the Valley of the Kings, where Howard Carter found the almost intact tomb of Tutankhamun in 1922, the impressive Colossi of Memnon await your visit.

They embody King Amenophis III. The Valley of the Kings is considered specially spectacular due to its tombs of famous kings from the New Kingdom.

A trip to Luxor by bus from Hurghada is therefore a mandatory program for anyone who wants to get to know Egypt better.

On the first day, we will pick you up from your hotel in Hurghada in the early morning with an air-conditioned bus. The first part of the program is a visit to the Karnak Temple.

You will have enough time here to see the temple complex. A second sightseeing takes you through the Luxor Temple. The bus will then take you to your hotel, where you can spend the rest of the evening freely.

The second day brings you closer to the City of the Dead on the other side of the Nile. You will also visit the Valley of the Kings, the famous Colossi of Memnon and the magnificent Hatshepsut Temple.

Then we take you on a comfortable trip across the Nile.

A traditional Egyptian boat crosses over to the banana island, where you can try fresh fruit directly from the tree. In the late afternoon you will return to your hotel in Hurghada.

What is included Luxury Hurghada to Luxor Tour:

What is not excluded:

Show reviews in all languages (1)