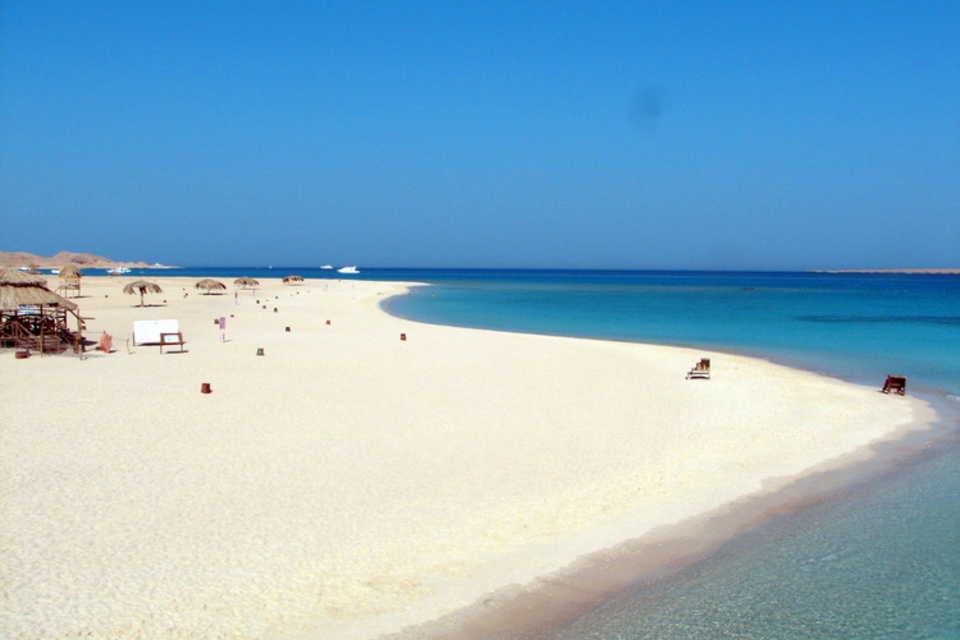 Giftun Island Hurghada is the most famous island of the Red Sea coast beside Hurghada. We offer amazing sea trip with snorkeling and sunbathing.

Snorkel in the Red Sea at Hurghada and enjoy a wonderful stay on one of the most beautiful beaches in Hurghada on Giftun Island.

Giftun Island boat tour at Hurghada. Giftun Island is the most famous island in the Red Sea close to Hurghada. We take you on a beautiful boat trip to this amazing island, what you will enjoy for sure.

We will pick you up at your hotel after breakfast and take you to the ship immediately so that you can start your journey through the gentle waves of the Red Sea. During the trip we take breaks to snorkel on a beautiful coral reef.

Then we’ll take you on a small shuttle boat to one of the most beautiful beaches in Hurghada you’ve ever seen – Giftun Island. It will feel like being in paradise on the white and soft sandy beach of Giftun Island, surrounded by crystal clear waters of the Red Sea. Giftun Island near Hurghada is definitely worth a visit!

Giftun Island is the largest island in the Red Sea after Shedwan Island, which is further north. Giftun Island consists of several islands, which in addition to the large island also include two other islands.

Their age is estimated to be at around 33 million years. The islands are known for their beautiful underwater world with absolutely magnificent reefs and numerous fish species. 80% of the biodiversity of the Red Sea can be found near Giftun Island.

Last but not least, the islands also offer shelter and home to the most popular marine mammals in the Red Sea, the dolphins. Two endangered species of birds call Giftun Island their home, while other animals such as turtles live on the beaches of Giftun Island.

One of the largest existing shark species, the whale shark, has been spotted several times near Giftun Island in recent years. With numerous designated diving sites, the island’s fabulous underwater world is an attraction for divers and snorkelers.

Legendary pristine sandy beaches characterize the shores of the islands. To protect the beautiful area on and around Giftun Island, it was declared the first nature reservation near Hurghada in 1995.

What is included Hurghada Snorkeling Trip:

What is not included:

Show reviews in all languages (3)