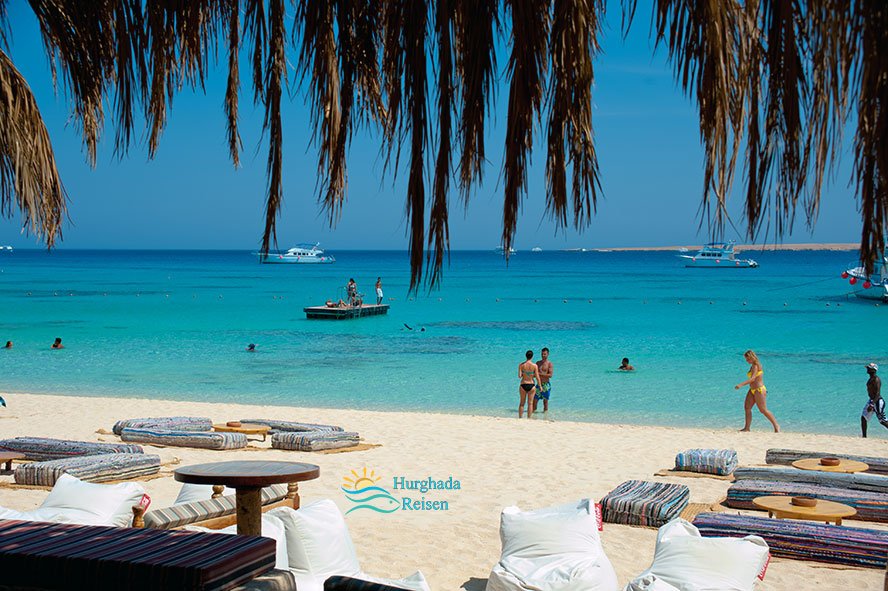 Hurghada, the lively holiday resort on the Red Sea, is actually known for its excellent diving opportunities and package holiday.

Since the 1980s, Hurghada has been developed primarily by foreign investors to become one of the leading seaside resorts on the Red Sea.

It currently has around 160,000 inhabitants, of whom a little less than a tenth come from the Nile cities and work in Hurghada. But apart from a lot of hotels, the former fishing village has more to offer.

Those who come to Hurghada are usually looking for relaxation from a hectic everyday life.

Hurghada can almost guarantee amazing weather given the annual rainfall, as the temperatures are warm all year round compared to Europe. Only in the winter months from December to February it can be a bit cooler during the day.

However, sunshine is usually present even then. More and more people are now discovering Hurghada as a great holiday destination to escape the cold European winter.

The coral reefs of the Red Sea are famous, which is one of the reasons that the Red Sea has also become one of the main destinations for divers from all over Europe.

But not only divers enjoy the extensive reefs and colourful fish, but also snorkelers. The range of snorkelling tours with various programs is large.

Directly in front of Hurghada in the Red Sea is Giftun Island, a nature reserve that is home to around 80 % of the species in the Red Sea.

The island consists of several islands, which are surrounded by magnificent reefs. Different beaches in the bays of the large Giftun Island offer catering and other attractions.

Beach sections such as Orange Bay, Paradise Island and Mahmya as well as Utopia Island further south are well-known. Extensive snorkelling is possible on all excursions, and in some cases, food on the beaches is also part of the program.

The Red Sea habitat fascinates with its incredible diversity, its heavenly colours and of course its colourful inhabitants.

If you don’t fancy going on a boat trip, you can admire over 1200 animals of various species in the 2015 opened Grand Aquarium, including large marine mammals such as sharks.

The desert behind Hurghada could not be more contrary. With its rocky mountains, it is part of the Arabian desert and offers motorsport enthusiasts a great opportunity to have fun on quad and jeep trips.

If you have a soft spot for the loneliness of the desert and want to get to know the culture of real Bedouins, you will also get your money’s worth there.

Of course, the Red Sea is the biggest attraction in Hurghada, but it is worth leaving the hotel to get to know the other side of the lively town. The souk in the oldest district of Hurghada,

Dahar, offers a huge selection of fresh fruit and vegetables. Not far from the souk is the largest Coptic church in Hurghada, which is worth a visit.

The largest mosque, however, is located in the Sekalla area, right on the harbor.

A visit to the magnificent new building is definitely worthwhile to get an insight into Islamic culture. With its countless restaurants and cafés, Sekalla is the liveliest.

Hurghada on the Red Sea has much more to offer in addition to hotel miles and package tourism. With a little curiosity and fearlessness you can still discover the original Egypt here