HomenewsCairo attractionsGiza pyramids being among the wonders of the ancient Egypt 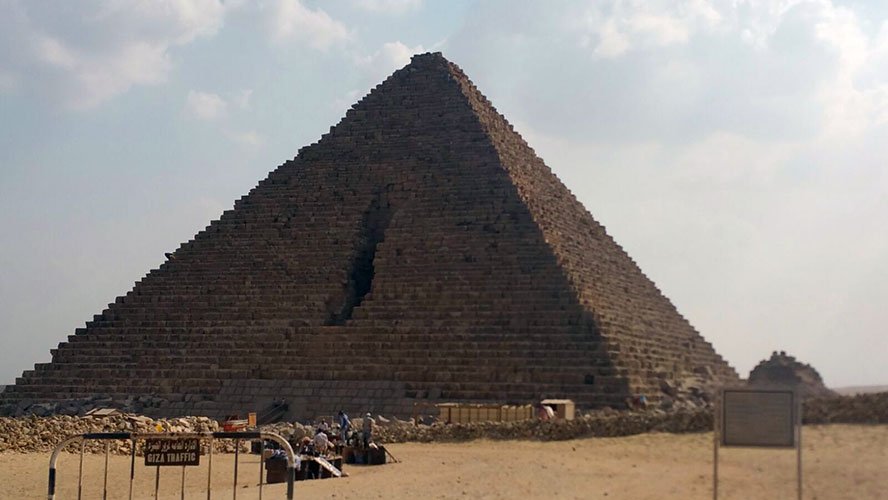 Giza pyramids being among the wonders of the ancient Egypt

Giza pyramids, It’s not too much to say that everyone knows them. They are the topic of countless documentaries, appear in films and are one – if not the – symbol of Egypt.

The Giza pyramids. They take the  breath away, the mighty colossi, visible from afar, as if being from another world.

The mere thought of their age has the ability to cause intense goosebumps. They are much more impressive and larger than what could ever be shown in a documentary or in a photo.

The Giza pyramids being among the wonders of the ancient world is for a reason – and are the last existing monument of this size. They originated around 2500 BC.

The largest and certainly best known pyramid is the Cheops pyramid, of which its golden top disappeared irretrievably in the turmoil of history. It used to measure 146 meters, but is now only 137 meters.

Around 3 million stone blocks were used for the pyramid, with a single stone block alone weighing 2.5 tons.

Inside the pyramid there are even blocks that weigh around 40 tons – imagine that these stone colossi were carved out of the rock with primitive tools. The Chephren pyramid is the middle one of the three pyramids, the Mykerinos pyramid with a height of only 65 meters is by far the smallest of the three.

The mighty limestone plateau on which the monuments were built, measures around two square kilometres and allows a fabulous view of Cairo. At the foot of the pyramids, they are guarded by the Great Sphinx with its mighty, 20 meter high and 73.5 meter long lion body with a human head.

A little further south of Cairo is Memphis, the former capital of Egypt during the Old Kingdom.

The city’s historical past is as significant as it is final: Memphis once held a strategically important position in the Nile Delta, but with the rise of Alexandria it became increasingly less important and was eventually forgotten.

The torso of a large Ramses II statue is one of the finds that embodies the importance of this metropolis.

necropolis Sakkara is located 20 kilometres south of Cairo at the west bank of the Nile. Almost 20 pyramids and monumental tombs are located there.

It houses numerous graves of high officials, which are covered with amazingly well-preserved inscriptions and hieroglyphs. The painted walls tell the life story of the deceased.

But the central monument of Saqqara is the step pyramid of Djoser, which has been part of the UNESCO World Heritage Site since 1979.

It is probably the oldest pyramid in ancient Egypt and is considered the oldest monumental building in the world. With it, the monumentalization of the royal tombs began.

The pyramid building has its roots in Sakkara, has been refined and perfected over the centuries and finally culminated in the colossal buildings near Cairo – the pyramids of Giza, which are still an architectural marvel and a masterpiece of craftsmanship till today,